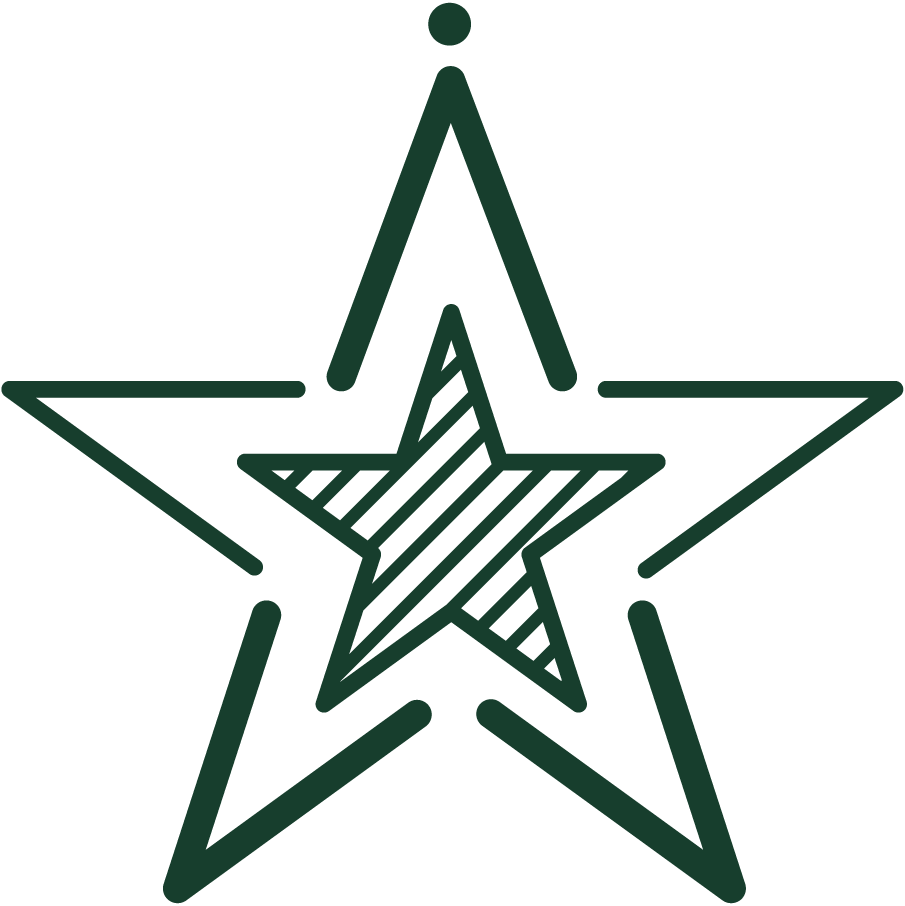 The Infinite Beauty of Morocco

Visit the most spectacular landscapes of Morocco on our private Sahara Desert tour. From the astonishing, winding roads of the High Atlas Mountains, through multi-coloured canyons, cliffs, palm oasis, and charming valleys to the majestic dunes of the great Sahara.

Relax and unwind travelling through the most iconic places, following ancient caravan routes, indigenous nomadic trails and major historical locations listed on UNESCO World Heritage Site. This trip is one of a kind, tailor-made to your needs, packed with breath-taking viewing spots, charming landscapes, locally made food and a chance to be a part of local communities and their daily lives.

A true, warm cultural connection and memorable adventure in the land of 1001 colours. 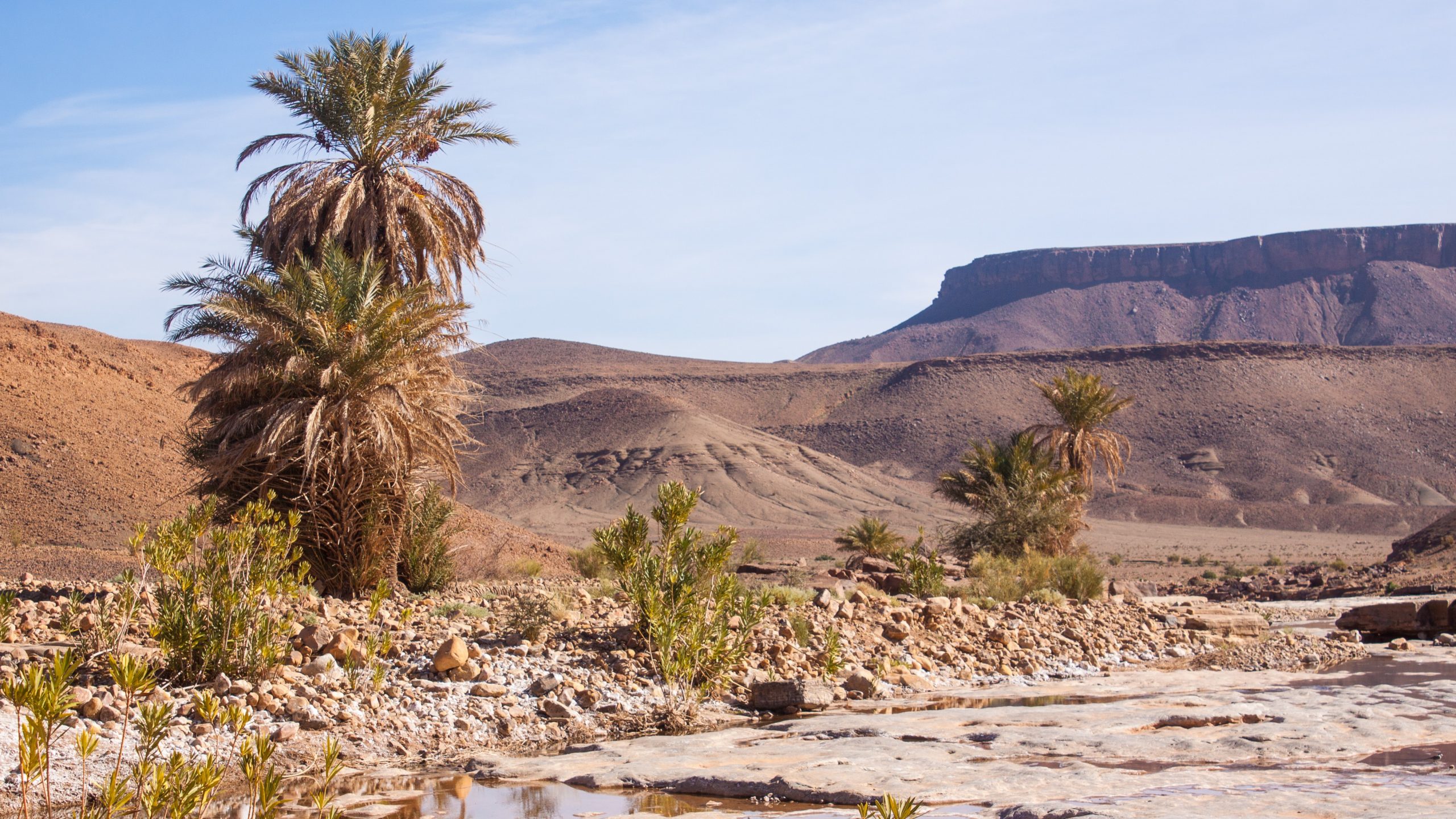 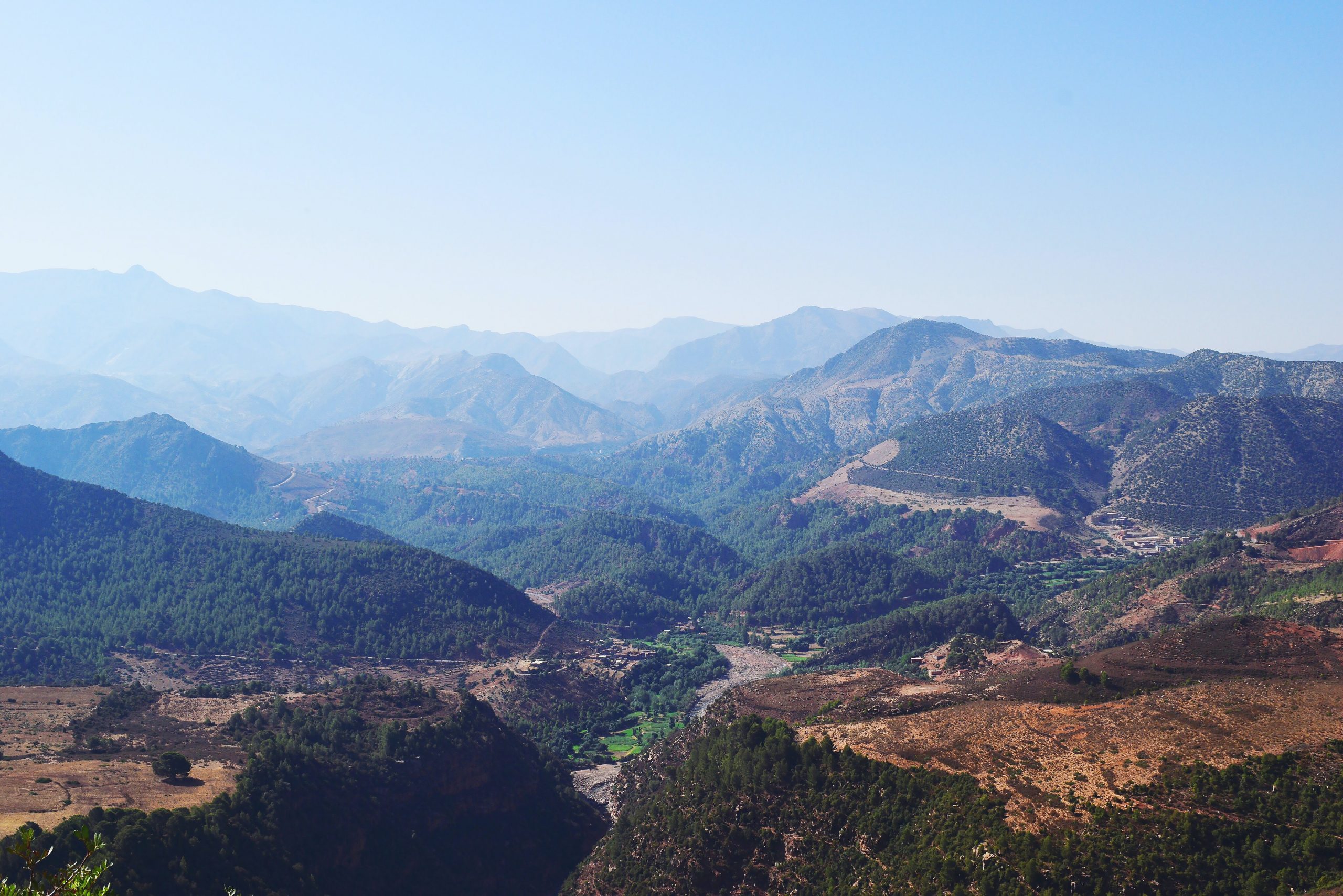 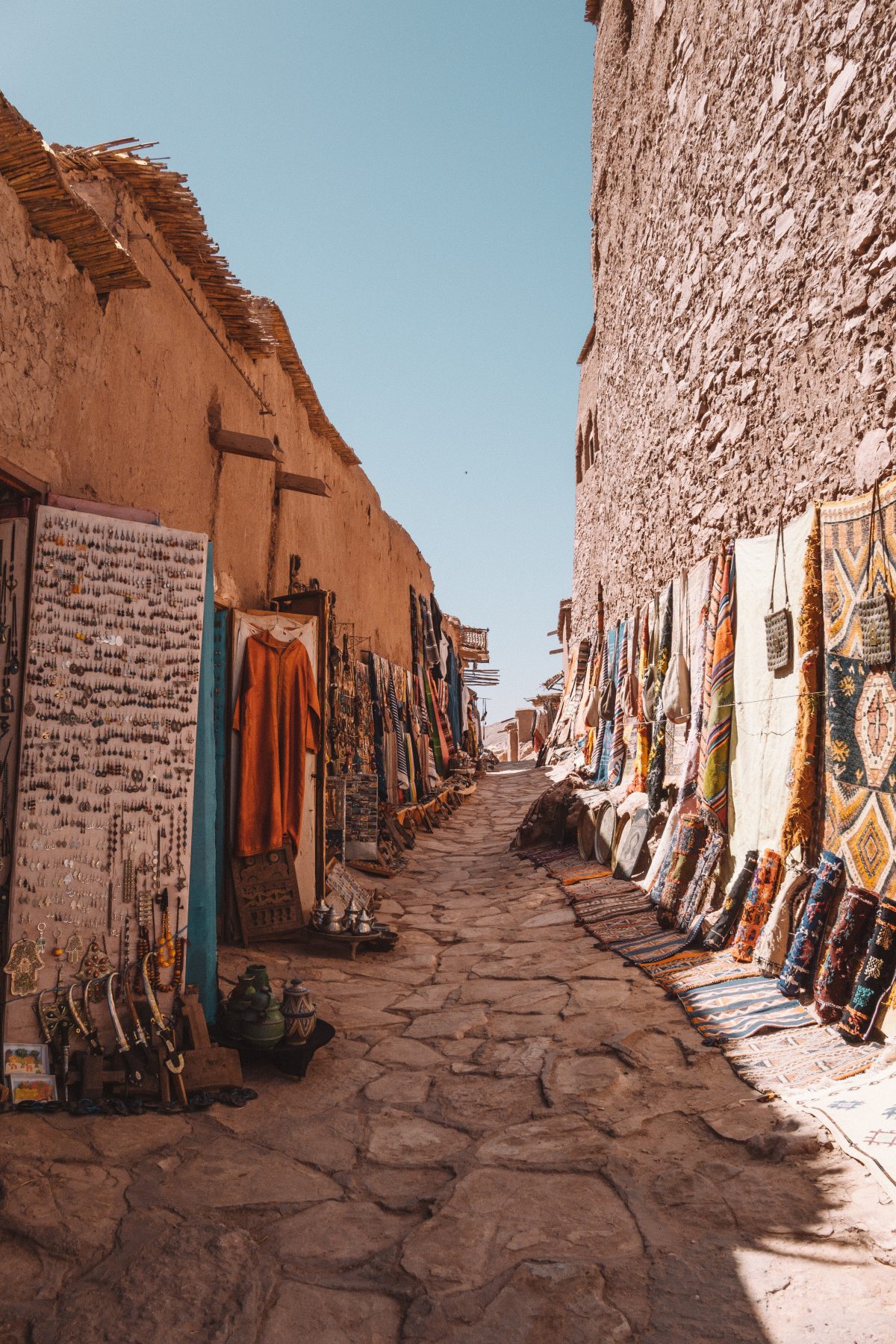 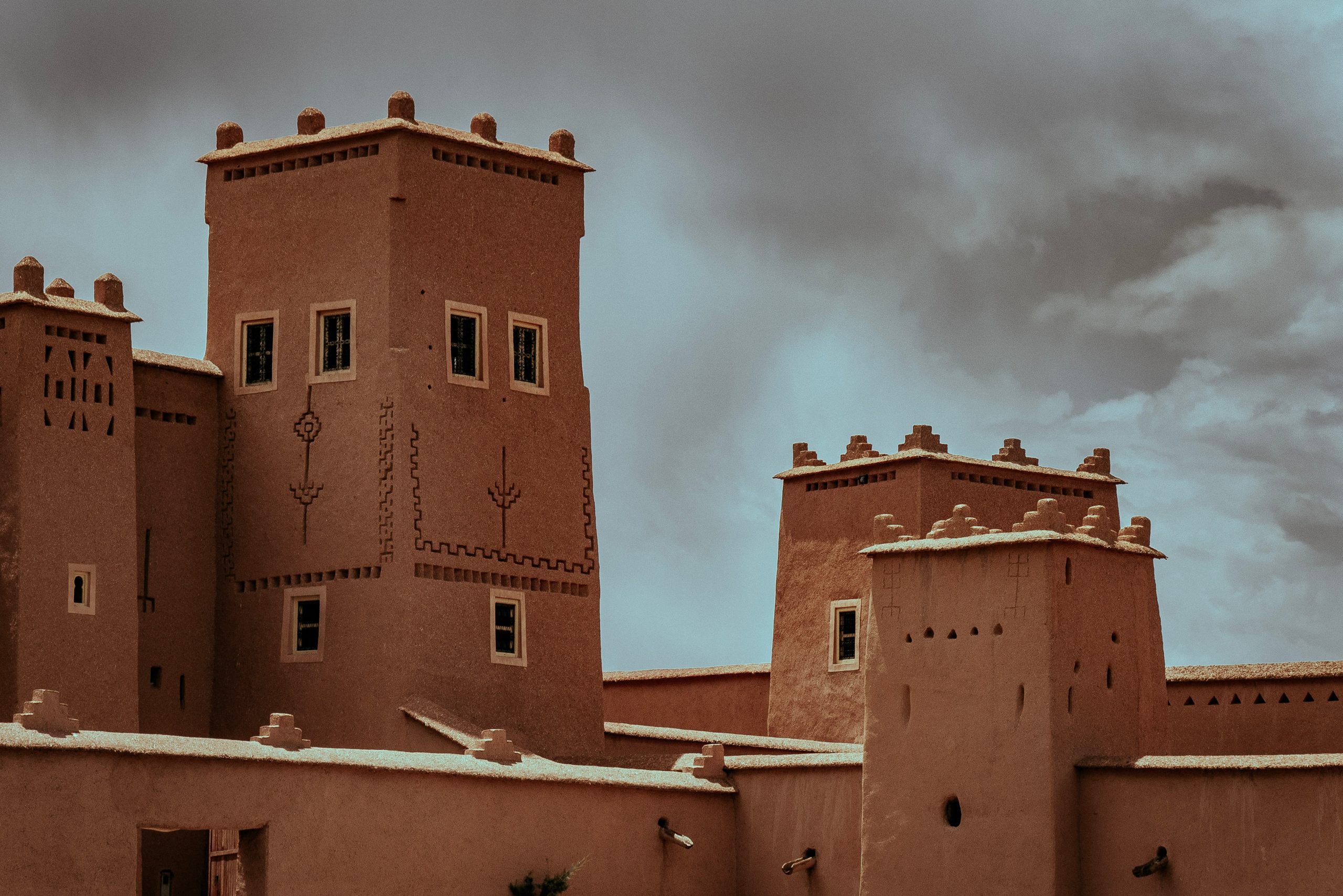 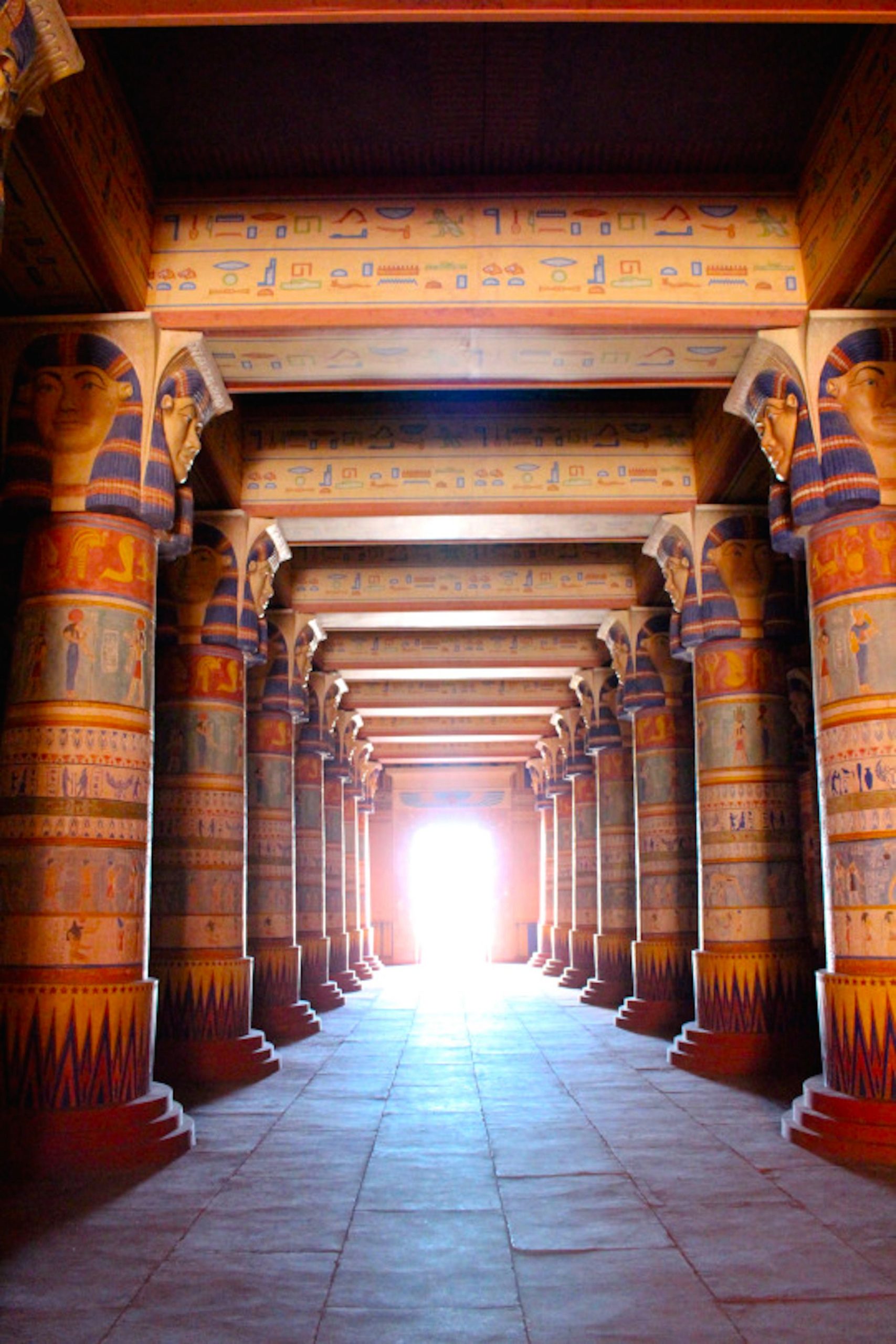 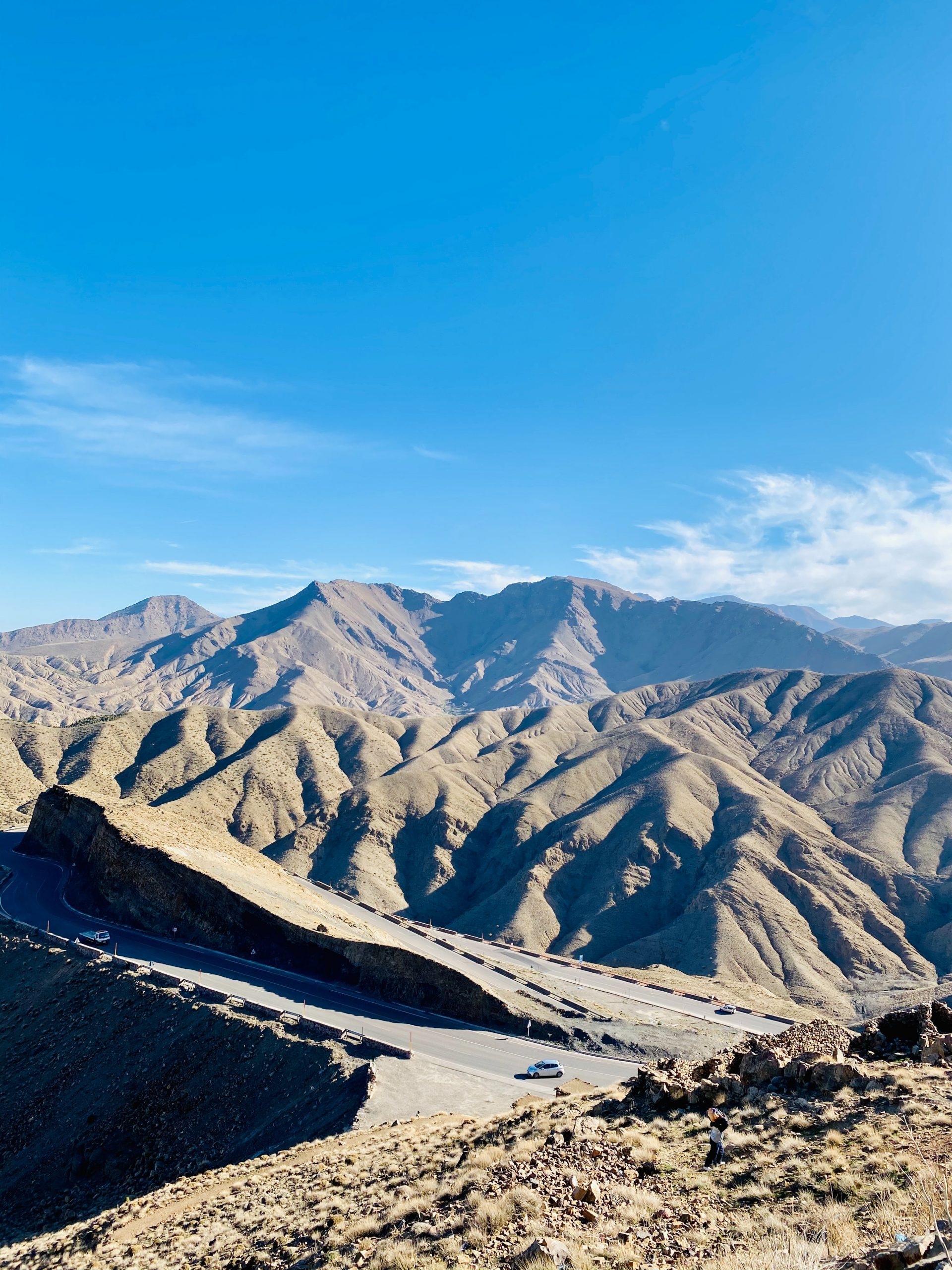 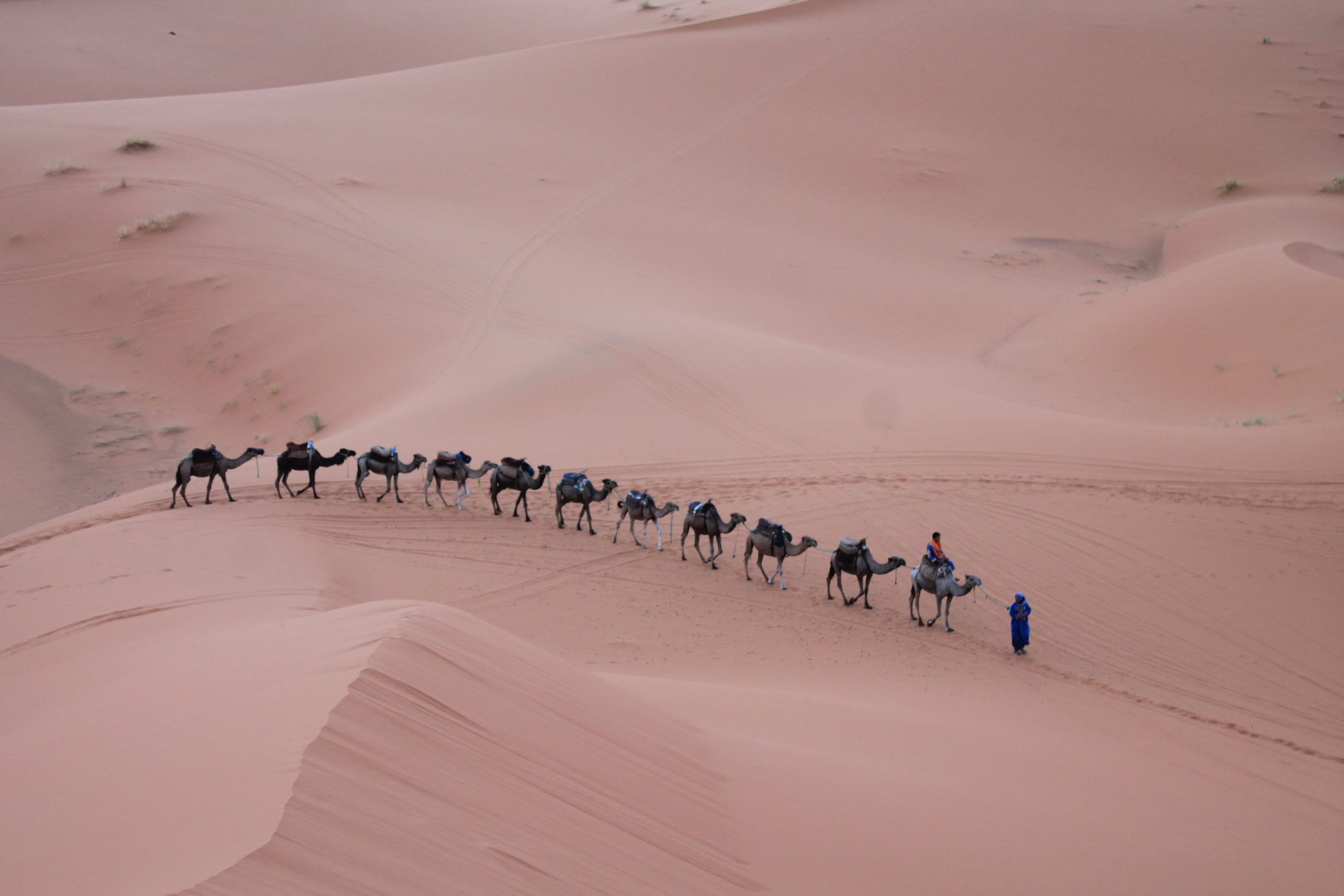 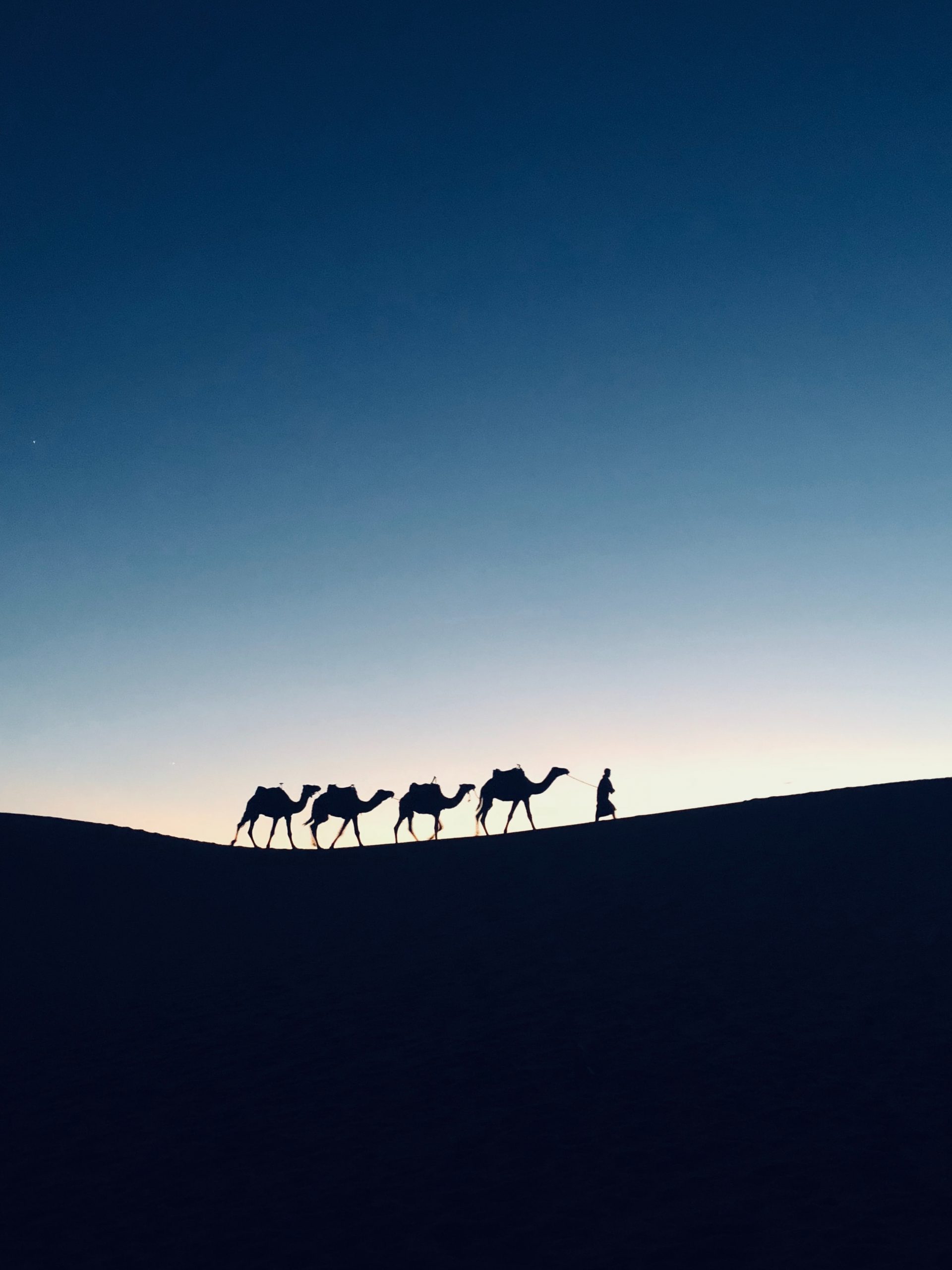 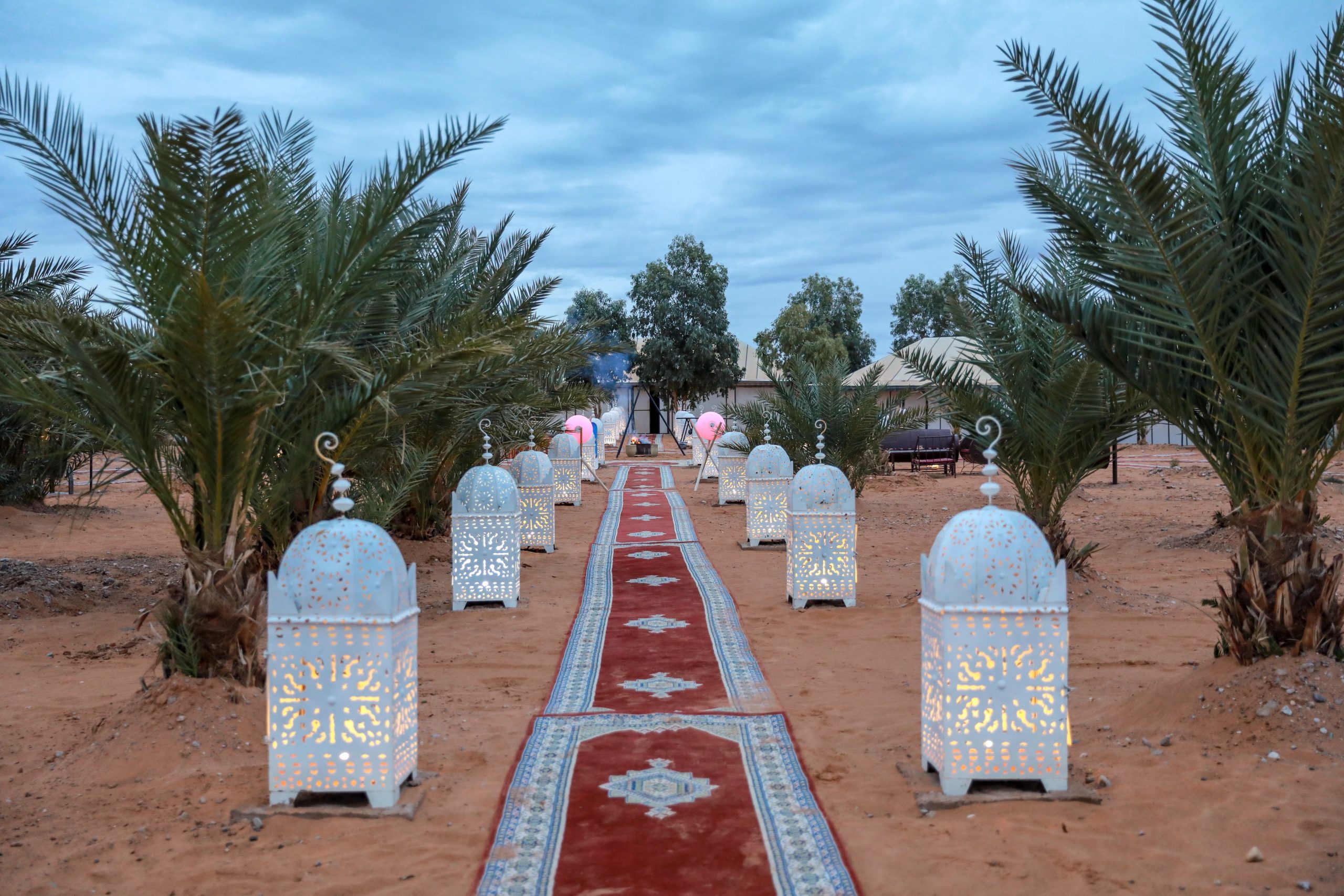 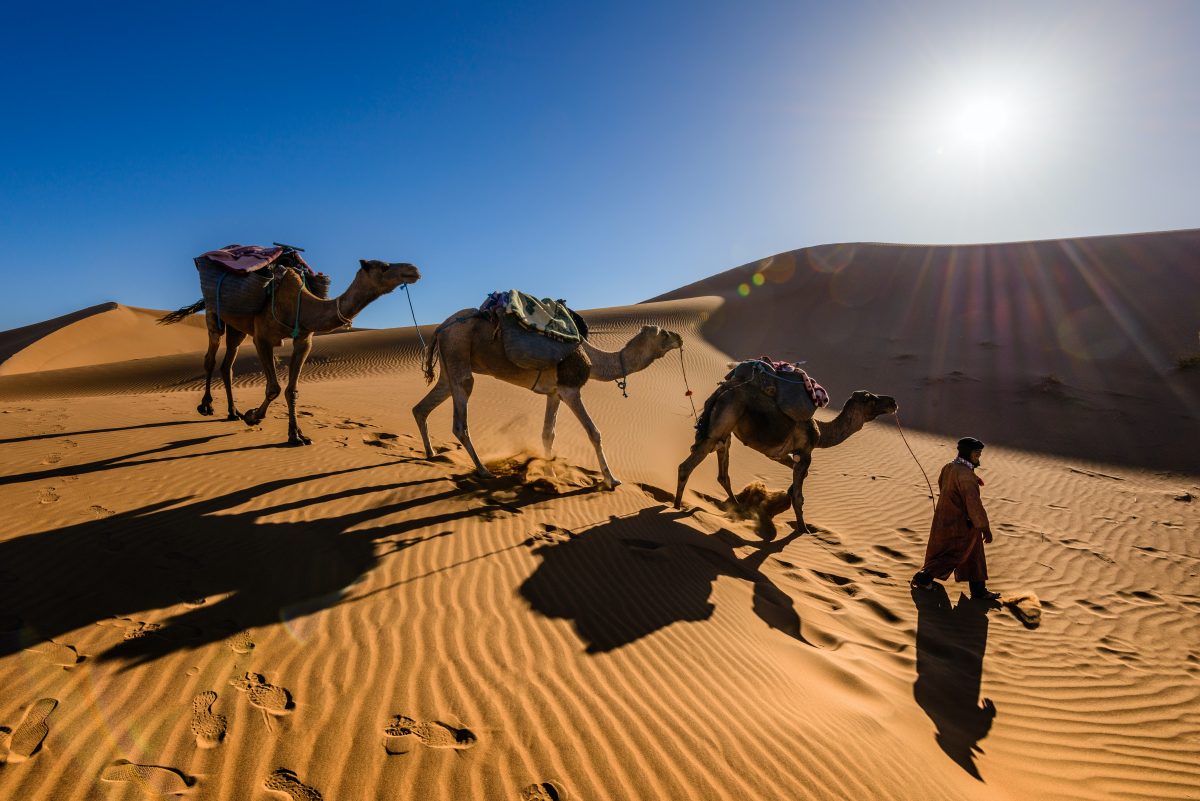 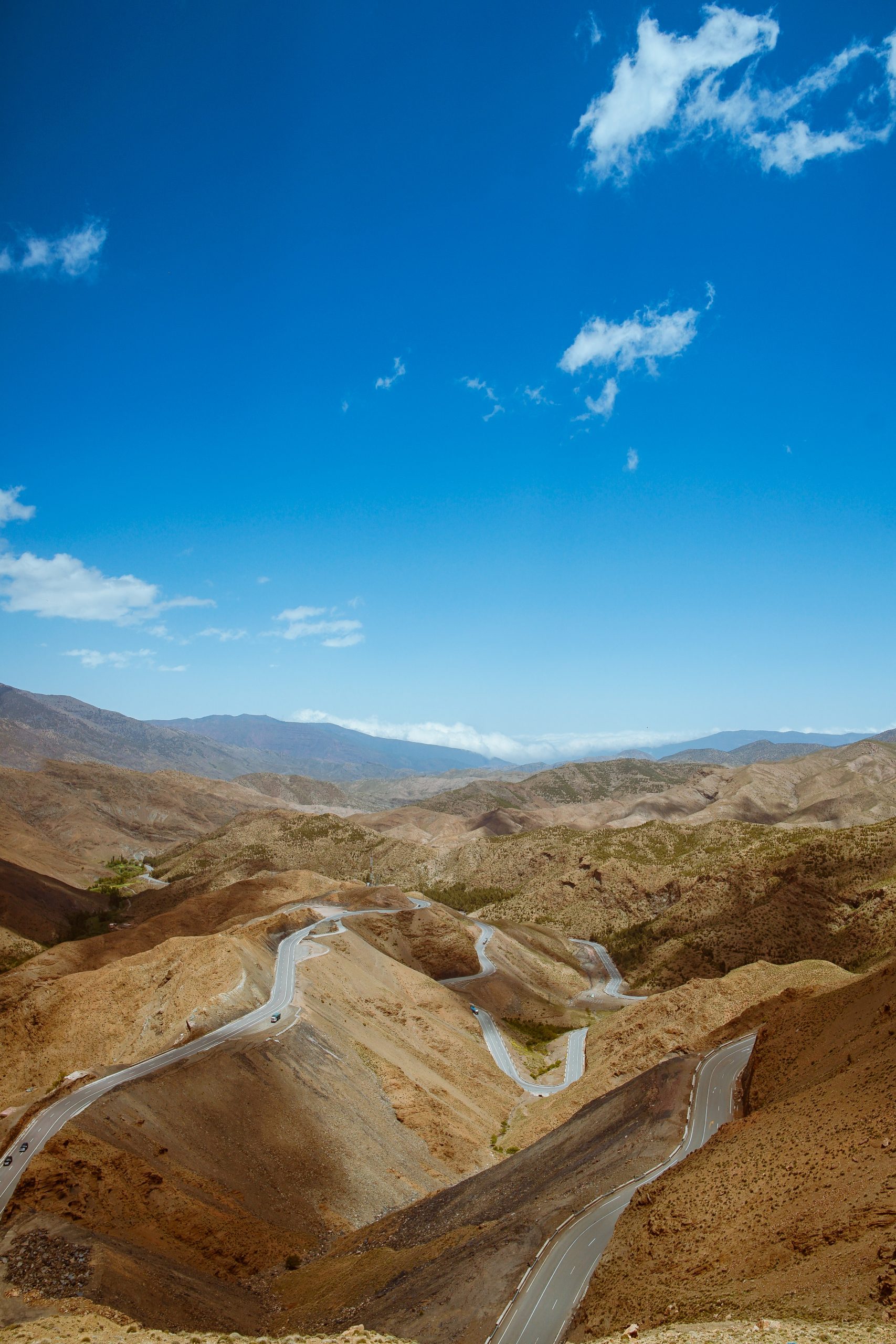 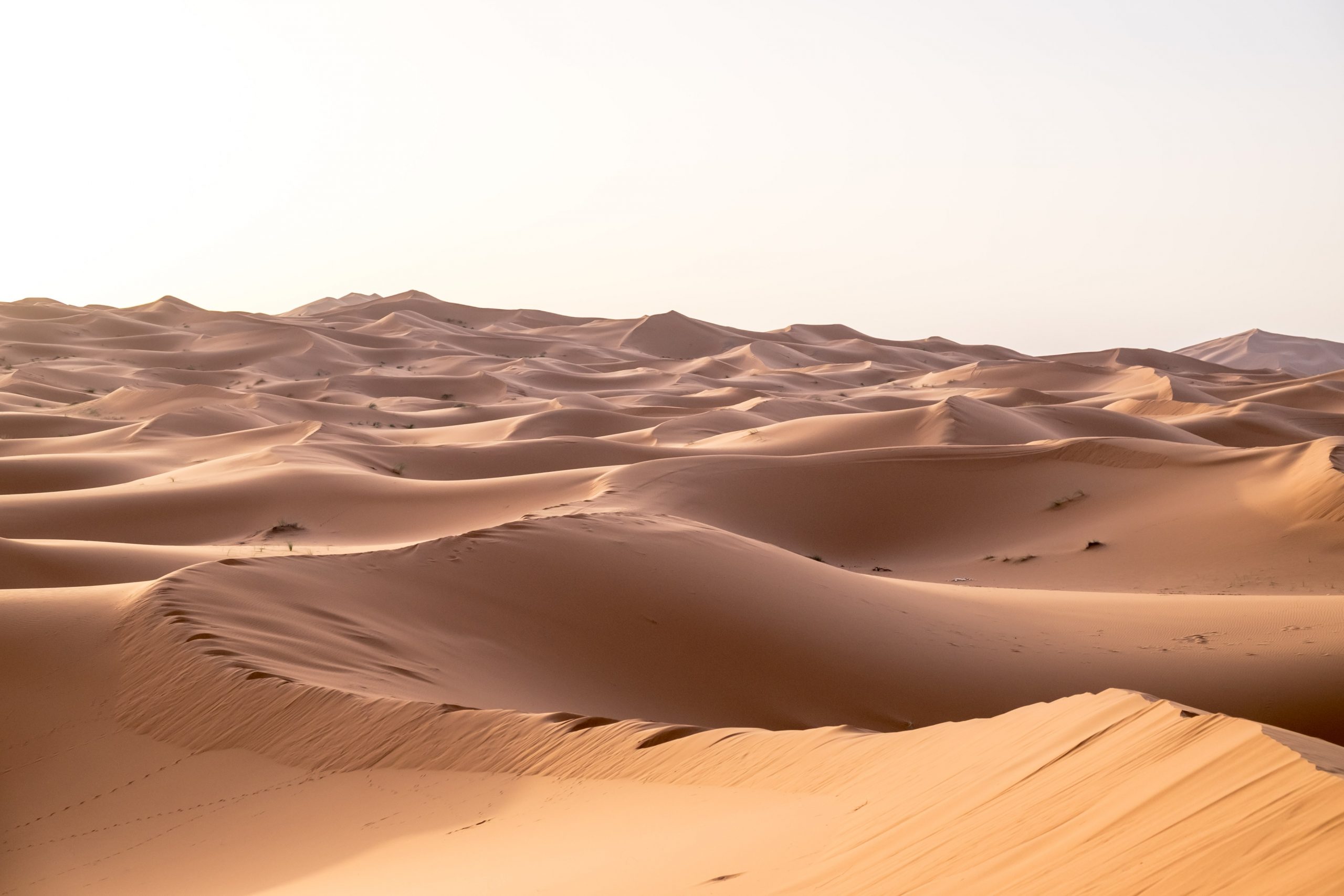 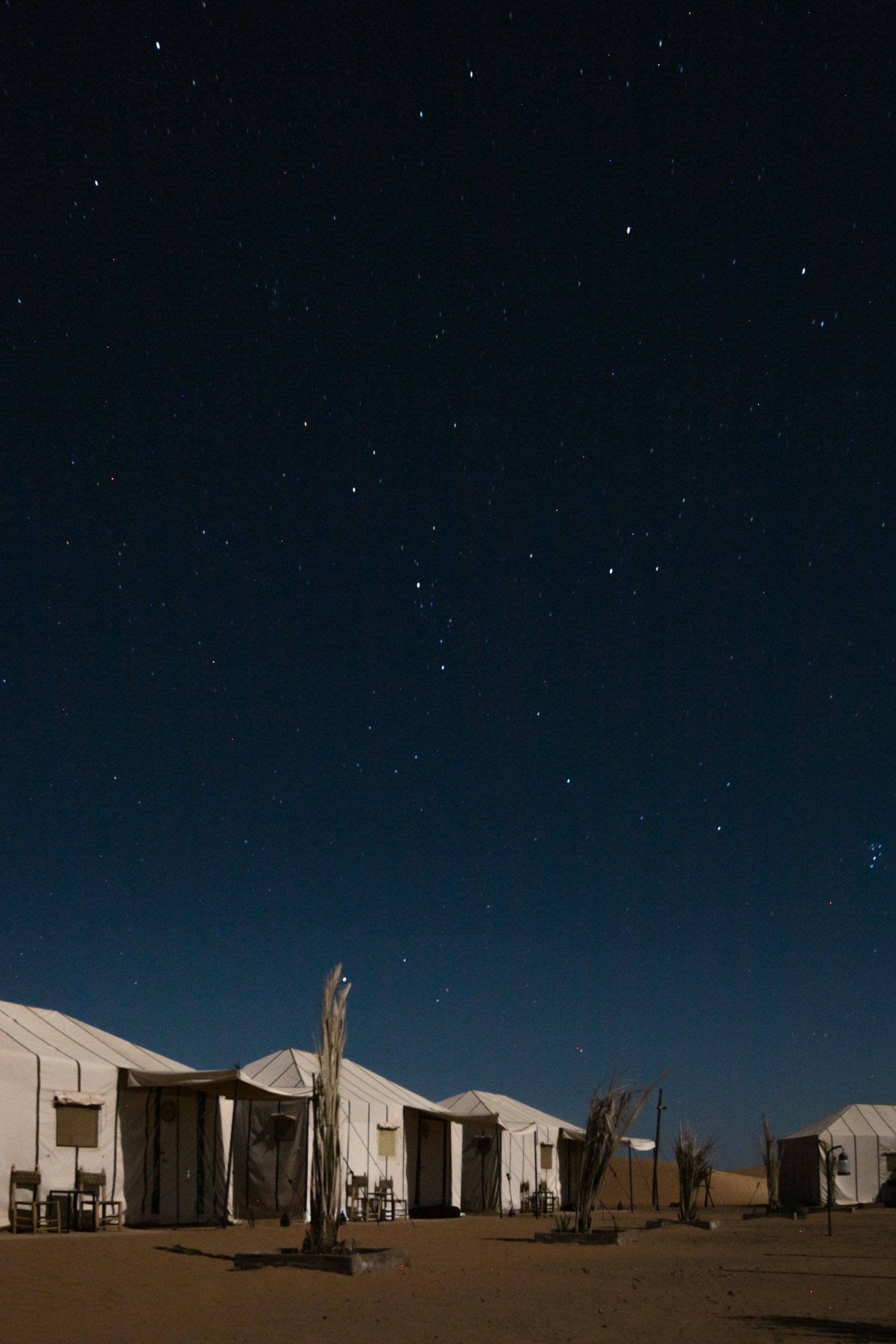 ∴ Start your journey 7am in the morning driving towards the High Atlas Mountains.

∴ After passing the picturesque views, the first stop will be at a viewpoint Tizi N Tichka (2260m high) the highest point of the Atlas Mountains accessible by car, with panoramic views of the breathtaking landscape with Berber villages.

∴ The journey then continues through the beautiful southern landscape of black canyons and cliffs, home to ancient Berber tribes of Ait Atta. The palm groves and henna fields are stretching along the horizon as we drive through multiply mudbrick ksars (fortified villages) surrounded by charming palm oasis.

∴ The area has its ancestral importance and its key role in the caravan trade route with Timbuktu. In the evening our journey will end in the charming Kasbahs town of Nkob. One of Morocco’s best-kept secrets, this Berber oasis is where you can still find traditional craftsmen at work. Enjoy traditional locally made dinner and evening of Berber music at your accommodation overlooking astonishing palm grooves.

∴ Guided by the local herders you will ride through the majestic dunes of the world’s biggest desert. Immerse yourself in the captivating beauty of this place and chase the light and colour of the sand when climbing dunes. Before spending a night in traditional nomad tents with a touch of eco-luxury charm, you will be served a delicious dinner followed by live Berber music around the campfire.

∴ After locally-made breakfast, the journey continues to Todgha canyons. A scenic drive through the multi-coloured walls of the gorges and historic kasbahs. Todgha Gorge is one of the most impressive canyons in the world. These rocks formations range up to 500 meters and stretch 160 km (100 miles) from Ouarzazate to the east of Tinghir. After locally made lunch in the beautiful huge rocky cliffs continue your journey passing the old Berber villages and stop at the major viewpoints to inhale the majestic landscapes.

∴ Your journey then continues to Dades Valley, through an astonishing landscape of palm oasis, along the ancient caravan trading route. The landscapes of red coloured canyons formed by the Dades River includes astonishing gorges and spectacular winding roads.

∴ The most famous canyon road – Tisdrin, a Berber name that means stairs, is located on the mountain range of the Anti-Atlas between the oasis of Boumalne Dades and Msemrir, a mountainous small village. Stop and enjoy the view of one of the most winding roads in the world, while having Moroccan mint tea at the beautiful café-restaurant overlooking the canyons. Charming Dades Valley will be our overnight accommodation, with locally made dinner and evening of traditional Berber music.

∴ After locally-made breakfast in the charming surroundings of Dades Valley, continue your journey north to the ancient town of Ourzazate. Our local official guide will take you to discover the most impressive Kasbah – Taourirt. Originally built in the 19th century, it was owned by the el Glaoui clan, a family that had a powerful stronghold of one of Morocco’s most significant southern caravan routes to West Africa.

∴ The journey back to Marrakech will continue through the astonishing landscape along the way. You will be stopping at various points to truly immerse in the beautiful surroundings. Locally made lunch will be prepared in the spectacular Roses Valley with the views of the colourful landscape. Before reaching Marrakech, you’ll, yet again, have a chance to admire the stunning views of the High Atlas Mountains magnificent colourful landscape.

Q1.Is Guide included in the tour?

Our tour includes transport with a certified driver. Please note, due to Moroccan touristic laws, drivers are not allowed to work as guides. Our tour does not include an official guide. Contact us for more options and upgrades.

Q2.What Should I Wear In a Desert Climate?

The Sahara Desert is one of the driest and hottest regions of the world. Average summer temperatures range from over 35°C (95°F) to 14°C (57°F) in winter months. Daily variations of temperature may also be extreme. The temperature also varies greatly depending on the location of the desert. Comfortable outdoor footwear and outerwear that you can layer are recommended. We advise our travellers to use eco-friendly sunscreen, a hat and a scarf for body protection. Traditional Berber tents located in the desert are equipped with warm blankets and comfortable beds for chilly desertic nights.