Discover the ancient side of Morocco with us. This trip will transfer you back in time to the ancient Roman Empire and Moroccan sultanate.

Immerse yourself in the astonishing landscape of the Middle Atlas Mountains, rolling, green hills dotted with cedar trees, charming colourful plains stretching along the horizon. Get to know the rich history of Morocco with 3 UNESCO World Heritage Sites.

Let us take you back in time in Volubilis, one of the most important Roman sites in North Africa and the world’s most preserved site from the Roman Empire. Visit Moulay Idriss Zerhoun, of the country’s most important spiritual and pilgrimage sites. Explore Meknes – home of the Moroccan sultanate where the blending of the Islamic and European styles of the 17th century Maghreb are still evident today.

This trip is packed with astonishing views, exceptional historical places, and cultural connections. 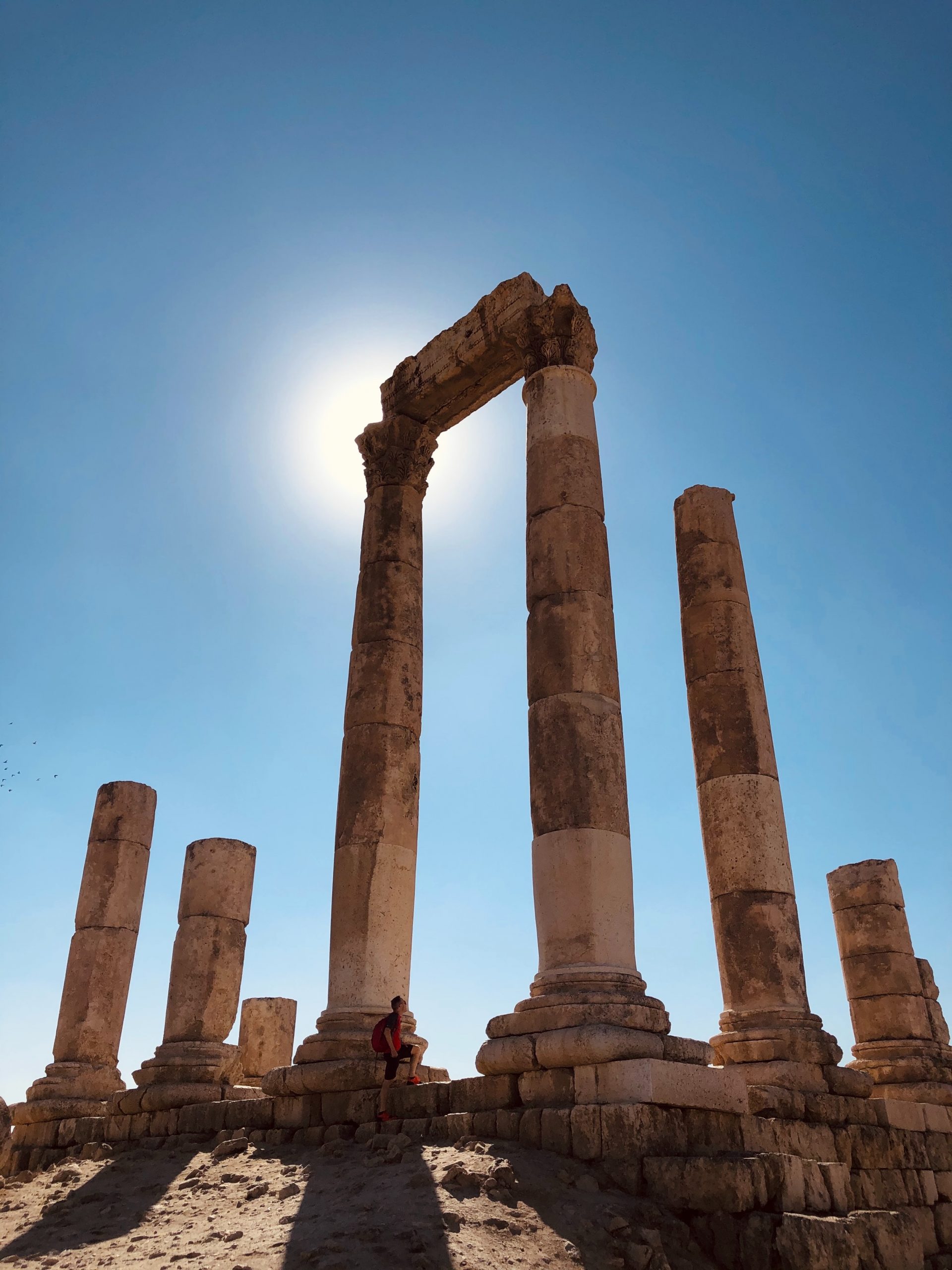 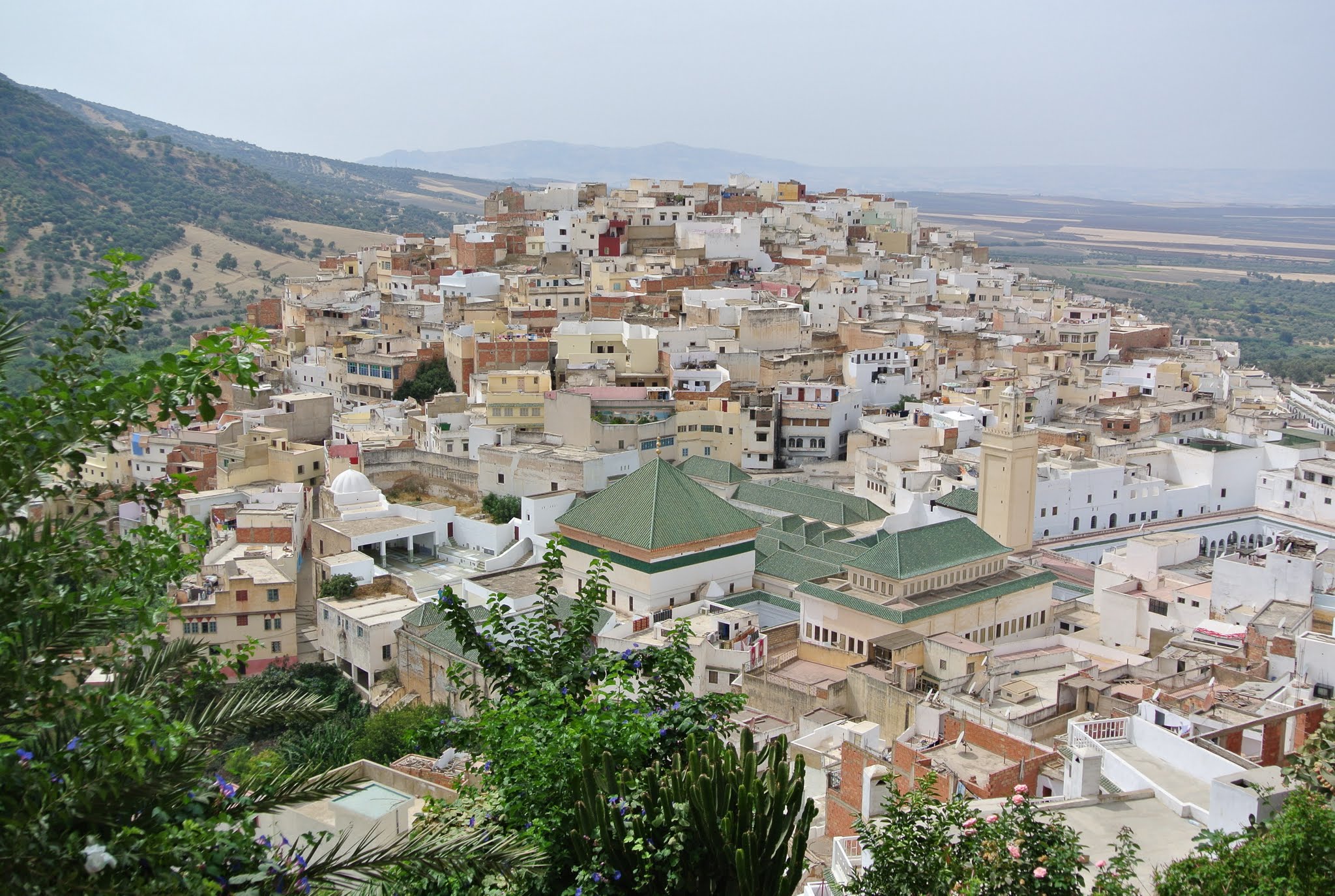 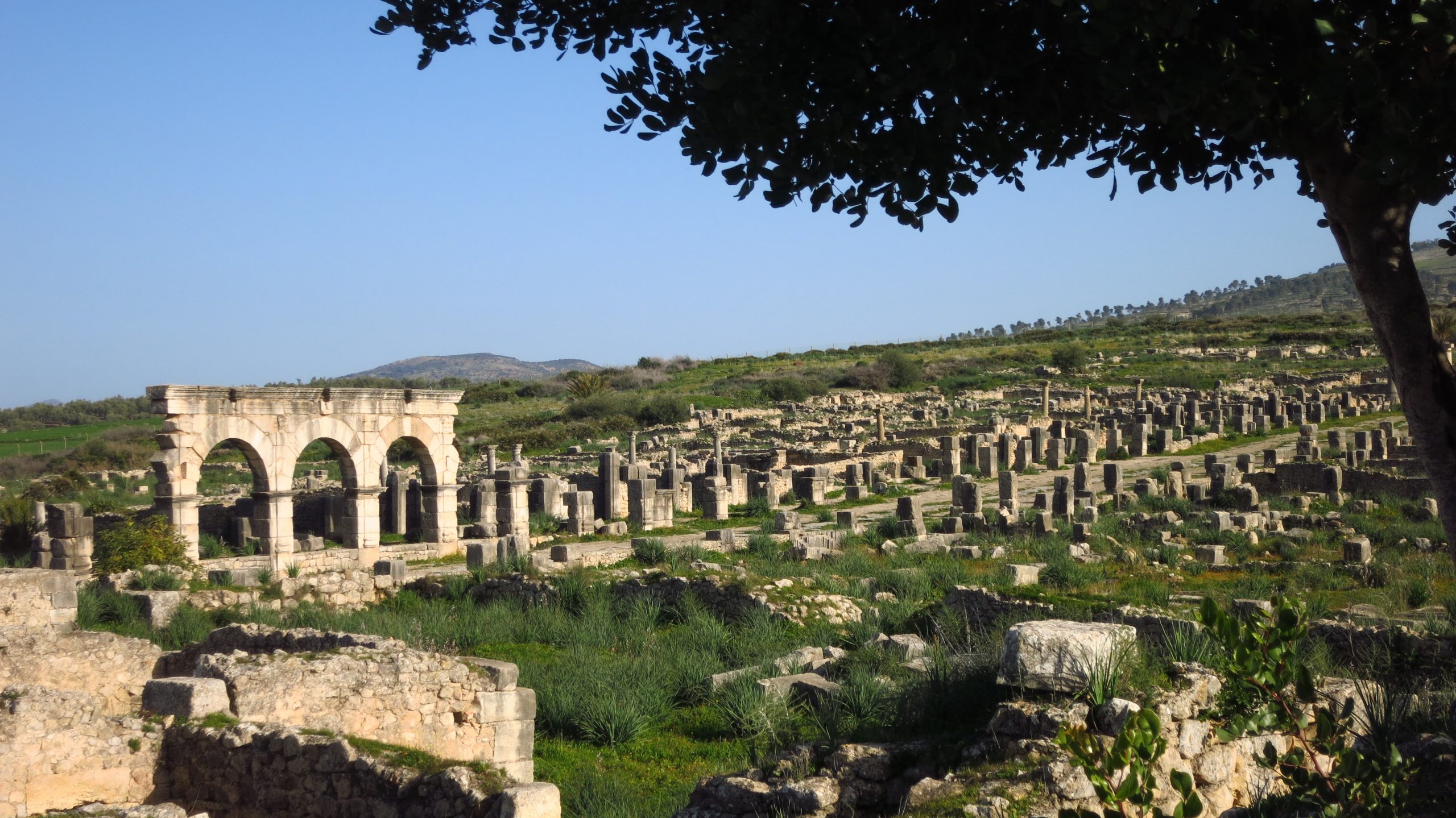 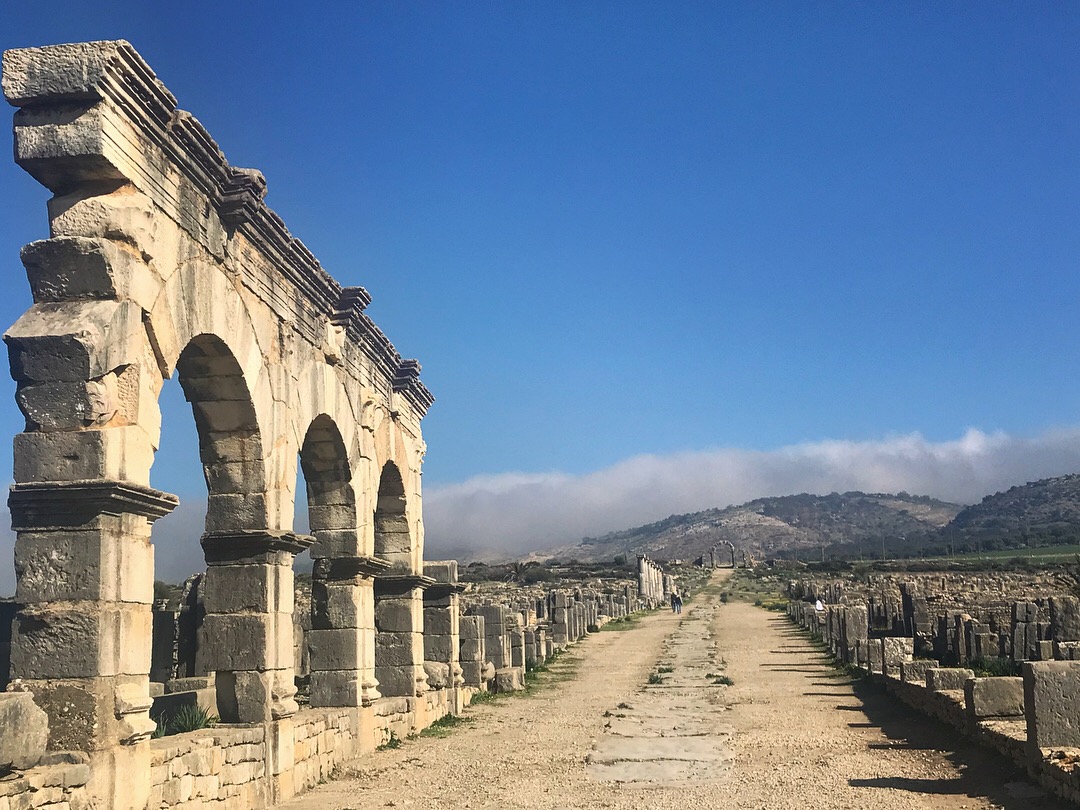 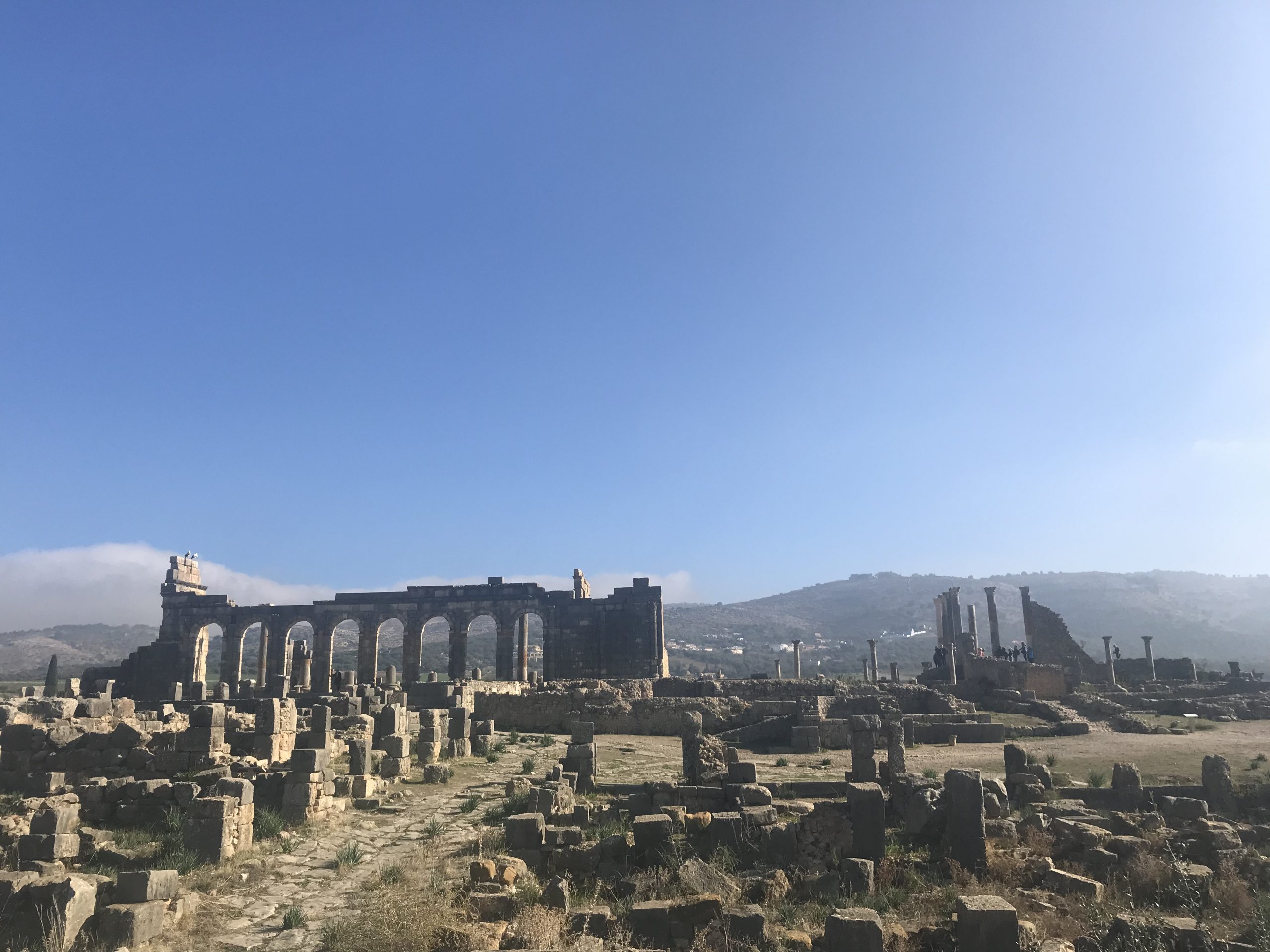 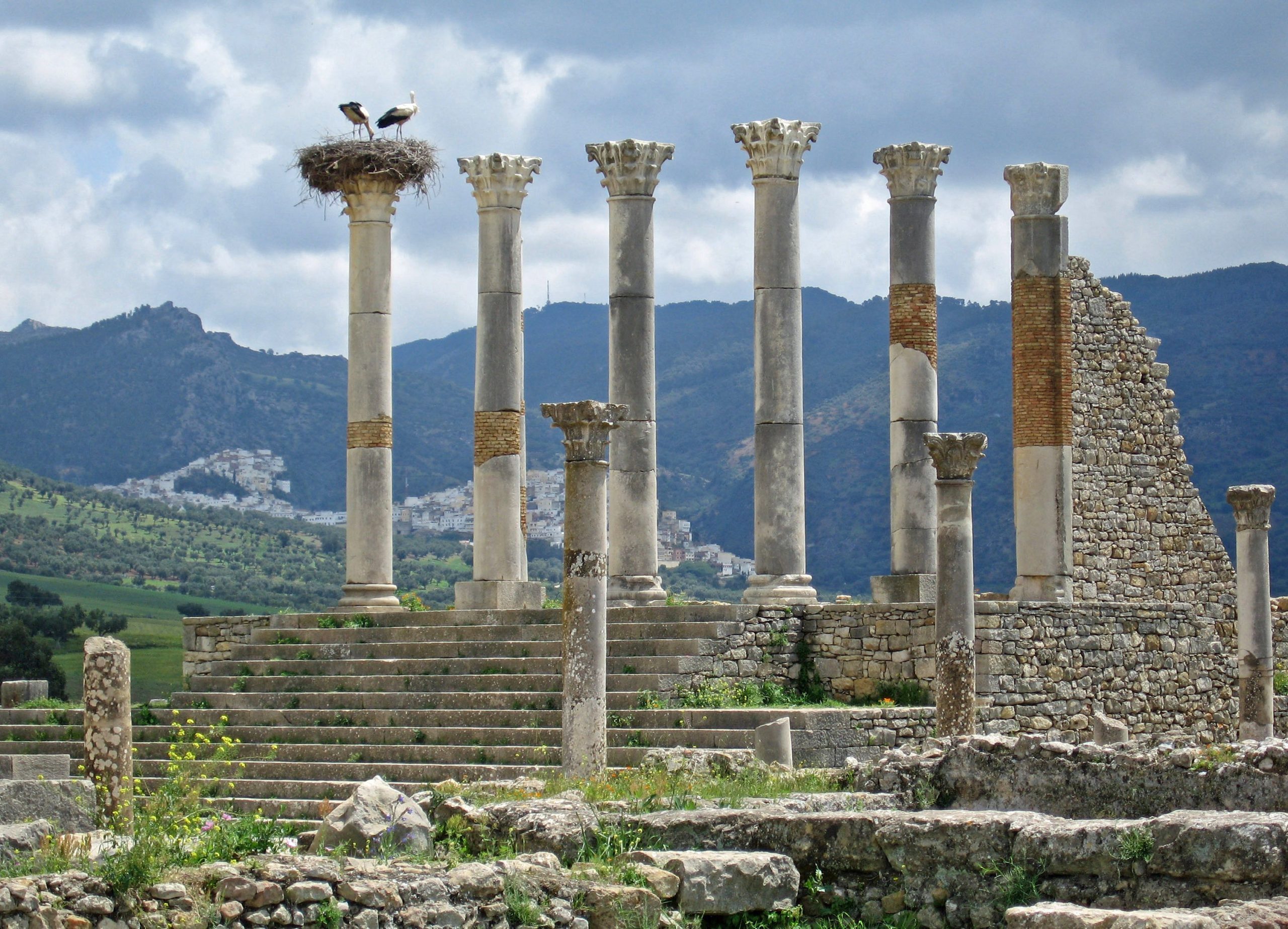 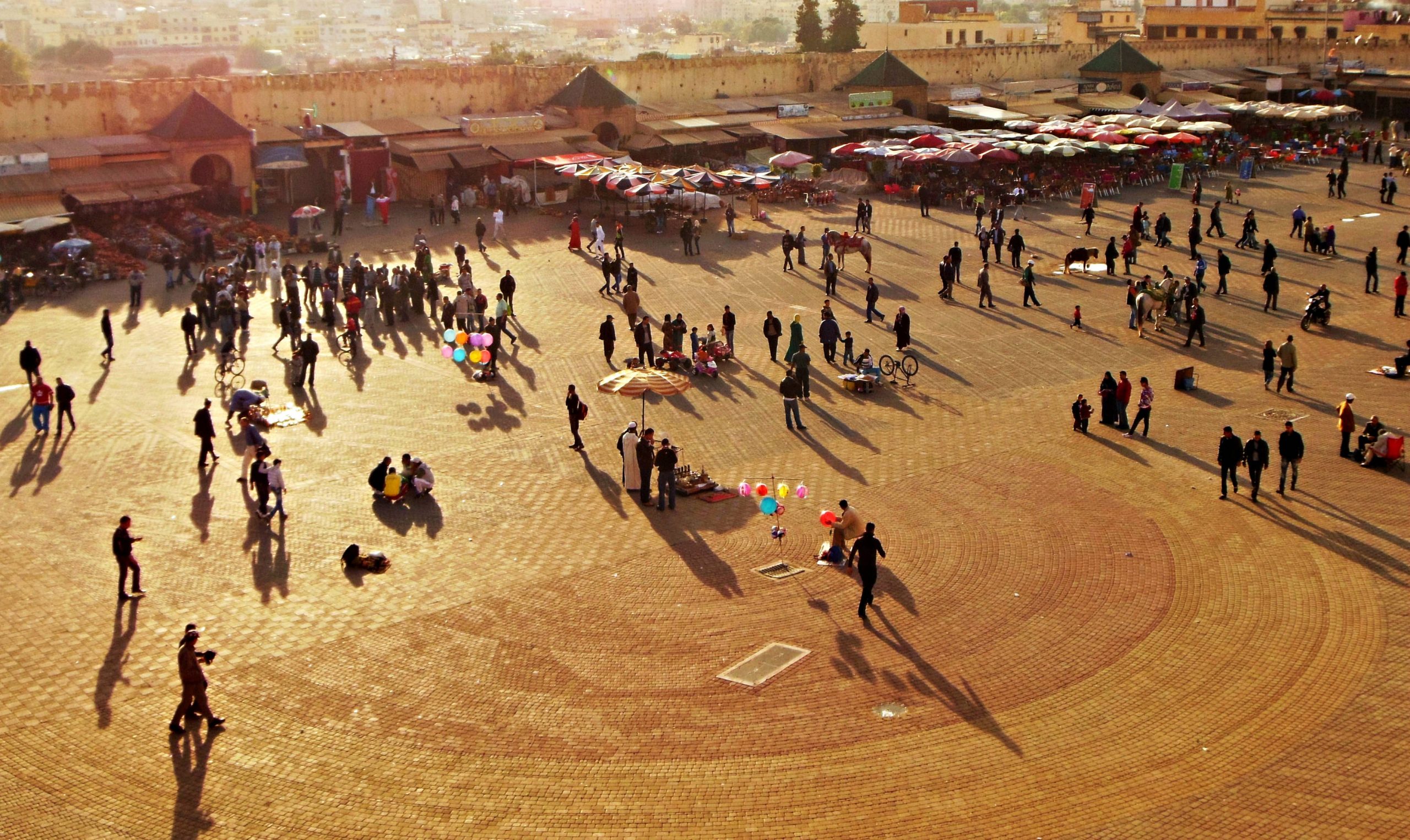 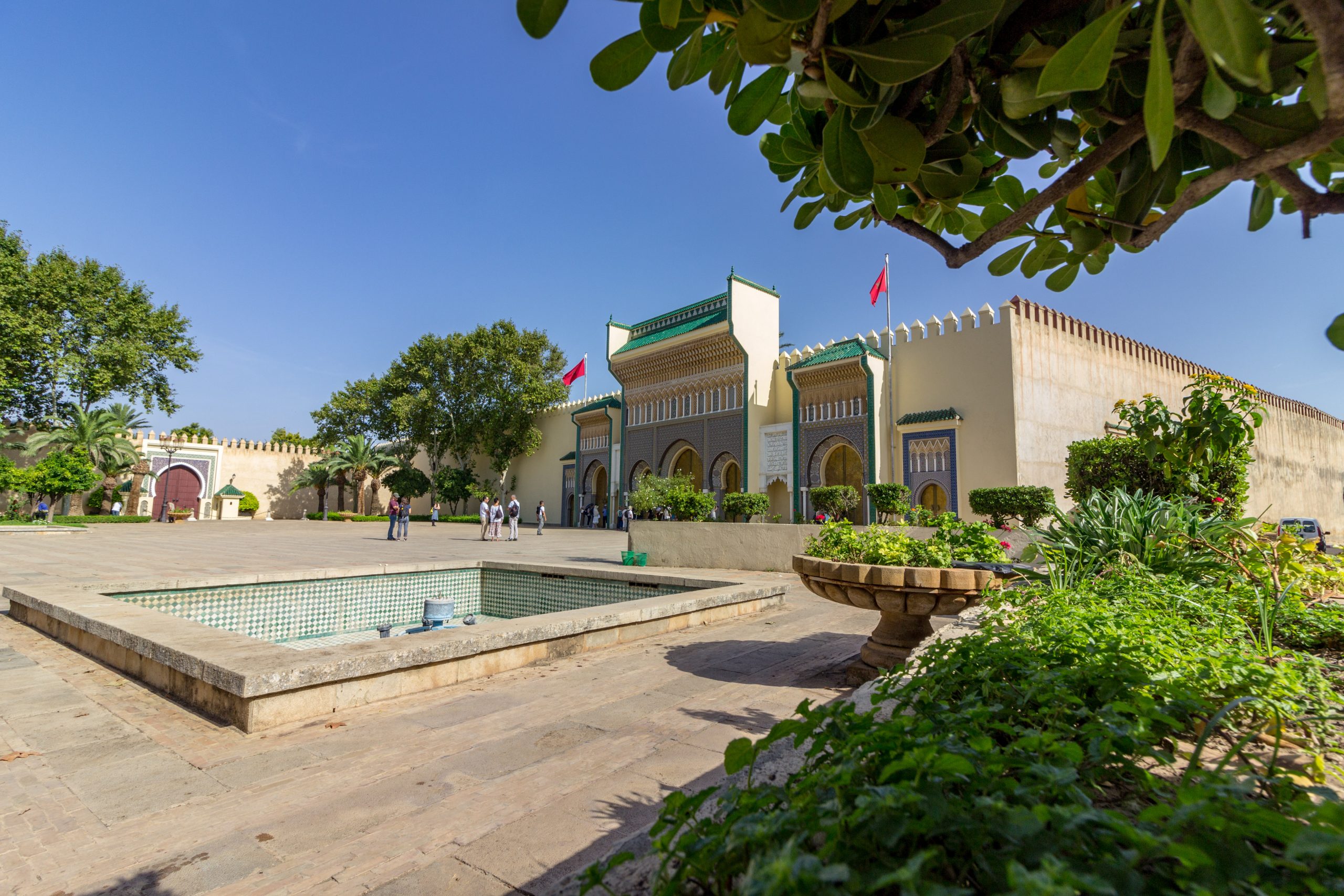 ∴ Our driver will pick you up from your accommodation in the morning, 8am.

∴ After travelling through the picturesque settings, charming green rolling hills dotted with cedar woods, the first stop will be at the UNESCO World Heritage Site – the ancient Roman city of Volubilis. It is one of the Roman Empire’s most remote settlements listed for being an exceptionally well-preserved example of a large Roman colonial town on the fringes of the Empire.

∴ Volubilis is adorned with beautiful mosaics and colourful tiles depicting Roman mythology. The ruins are spread out across several acres and what remains visible is several fragments of wall, parts of massive columns, the capitol, the basilica and a triumphal arch. Volubilis is considered as one of the most important Roman sites in North Africa and the world’s most preserved site from the Roman Empire.

∴ Founded in the 11th century by the Almoravids Meknes is an impressive city in Spanish-Moorish style. It is surrounded by high walls with great doors, where the harmonious blending of the Islamic and European styles of the 17th century Maghreb is still evident today. Meknes provides a remarkable approach to urban design, integrating elements of both Islamic and European architecture and town planning.

∴ After exploring all the winding narrow medina streets and grand buildings, head over for locally made dinner in one of Medina’s charming local restaurants. Enjoy the view of the square from one of the local cafes, sipping traditional Berber tea.

∴ Meet our driver early evening to take you back to your accommodation. Estimated arrival time 6pm.

Q1.Can I book a local guide in Meknes?

We do offer guided tours in Meknes. Our local guides are available for a city tour including the old Medina of Meknes with its important sites and sightseeing spots. For more information please use Contact Us form.